“I like trains. I like their rhythm, and I like the freedom of being suspended between two places, all anxieties of purpose taken care of: for this moment I know where I am going.”

–Anna Funder, Stasiland: Stories from Behind the Berlin Wall 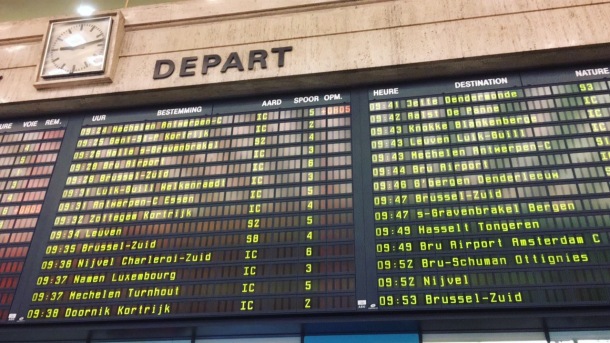 Out of all the methods of transportation we used while in Europe, my favourite by far would be by train. Although it might take longer than going by plane, it is a great choice if you’re travelling for a longer period of time through many different countries. PLUS, there is WAY more leg room [great for tall people]. At times it felt like we were in a movie or that we travelled back in time. (Plug in a good soundtrack and you’ll feel like you’re in your own movie). While on the multitude of trains we took we saw so many different faces, chatted with a few Canadians and got to see more of the countries we were travelling through. Also, in our case, it was cheaper because we used a EuroRail Pass. 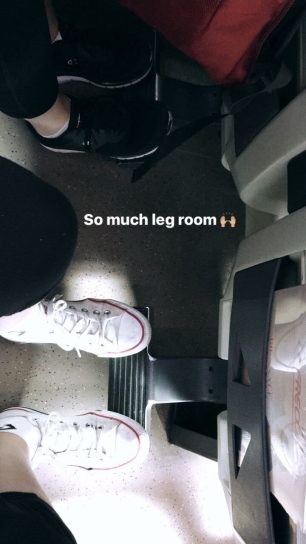 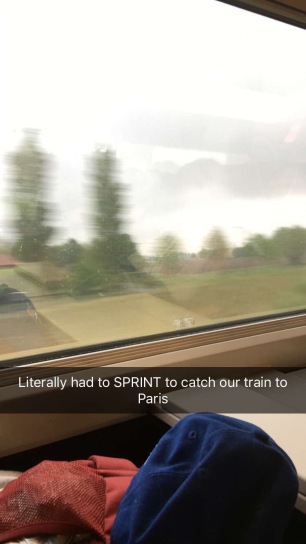 If you get the opportunity to travel Europe by train, I highly suggest you do it. Not only will it get you from point A to point B but you’ll also create some amazing memories and hear stories from other travellers. You haven’t truly travelled Europe if you’ve never SPRINTED to catch a train. Luckily for us, that only happened once. All of the other times we ran for trains were nothing in comparison to this sprint we had to do.

But we also met a lot of interesting people on these trains. On our train from Venice to Milan we met an elderly couple from Vancouver. They were travelling through Europe from the North to South for roughly ten weeks but mostly through smaller towns. It was always nice meeting fellow Canadians throughout our travels because it brought a little bit of home to us.

I would love to go back to Europe and solely travel by train. The stories you would hear, see, and experience would deserve its own book.

The cutest little train station in the middle of nowhere in Italy.

Stay tuned for my final installment of my Summer Euro 2017 Trip blog posts, coming to you… soon.

Have you travelled any country by train? If so, how did you find it? What’s your favourite method of transportation while abroad? Shoot me an email or tweet me.

I want this platform to be a place where people can visit and receive honest reviews, tips on things we were never taught in school and where we can create a community that supports up-and-coming entrepreneurs and local artists. Naturally Nina is a site where you can not only have a chuckle but hopefully learn something as well.